Brought onto the project to establish the user flow to be used in the next title Transformers: Battle Tactics. I also worked on the user interface.

Super Battle Tactics (SBT) is an arena battle game where you face off against opponents and pit a team of tanks against each other.

Gameplay is turn-based: each round your tanks roll an attack number. There's also special abilities that your team can use including rerolling, targetting, and a missile bombardment. 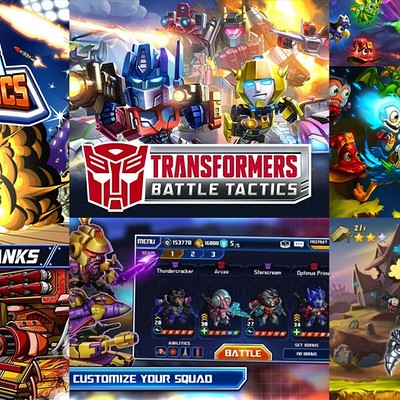